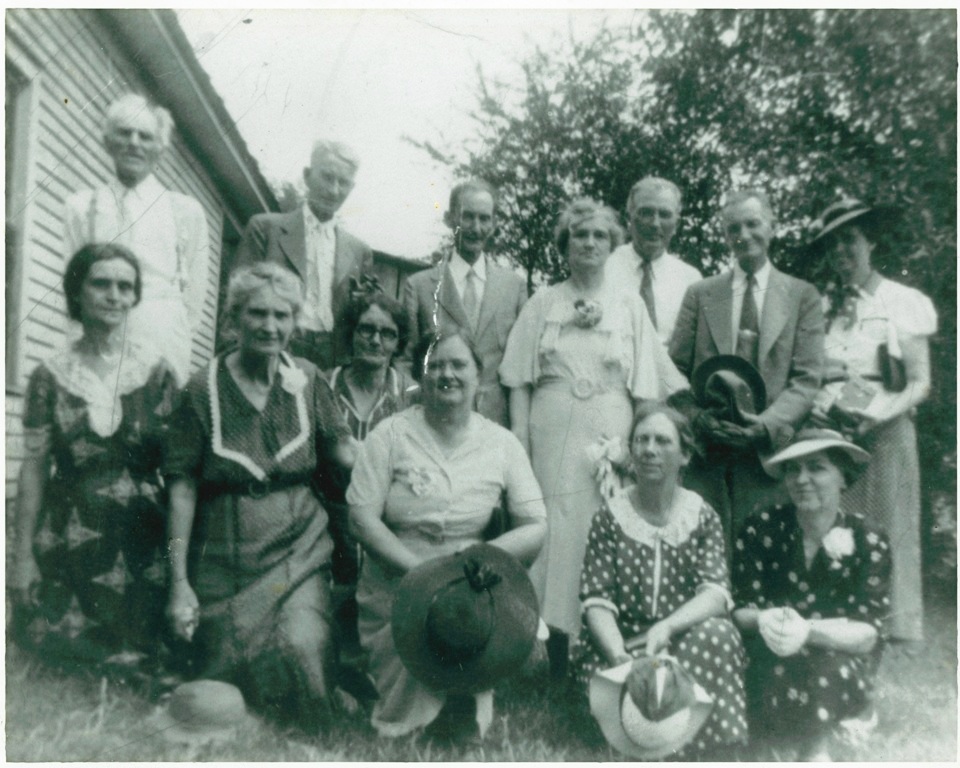 This group of people met together in 1937 for the first "Homecoming" at the John McClure home across the river.  They met there two years before bringing the "Homecoming" to the Church.

This group of people was known as the old Gallup Church Choir.  They were great singers.  The last member and the longest living member, Mrs. Sally McClure, died sometime in the 1980's at the age of 87 years.

We Would Love to Have You Visit Soon!